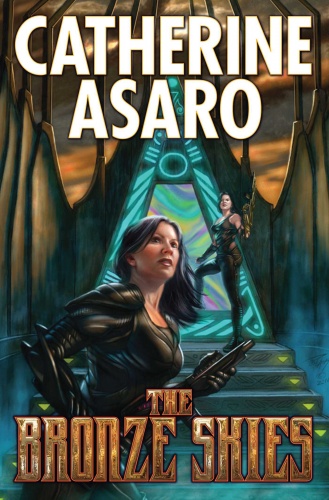 Book 2 in the Major Bhaajan Mysteries

Major Bhaajan achieved the impossible. Born to the Undercity, the slums below the City of Cries on the planet Raylicon, she broke free from crushing poverty and crime to become a military officer with Imperial Space Command. Now retired from military duty, she works as a private investigator—and she is about to embark on her most challenging case yet.

Summoned by no less than the Ruby Pharaoh herself, Bhaajan finds herself tasked with finding an unusually deadly killer. The Ruby Pharaoh witnessed a Jagernaut cut down Assembly Councilor of the Imperialate—which should be impossible. The Jagernauts are the elite soldiers in the Imperial Space Command. What’s more, the spinal node implanted in all Jagernauts should have prevented the murder. But the Ruby Pharaoh has no doubt about what she saw, and she has reason to believe the Jagernaut will kill again.

Now, Bhaajan must hunt down a killer before it is too late. To do so, she returns to the one place on Raylicon she knows best: the Undercity.

Priase for The Bronze Skies:

“. . . riveting. . .  .The world is rich and vivid, with two distinct cultures in the Undercity and the aboveground City of Cries. This exciting novel stands alone for anyone who enjoys science fiction adventure.”—Publishers Weekly (starred review)

Book 2 in the Major Bhaajan Mysteries 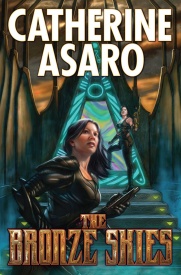