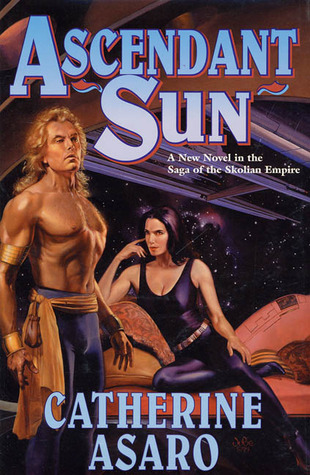 Book 5 in the Saga of the Skolian Empire

Ascendant Sun offers an adventure-packed sequel to The Last Hawk.  Kelric, heir to the Skolian Empire, crash-landed his fighter on the Restricted planet of Coba. For 18 years, the powerful queens of the great estates held him prisoner. And then Kelric escaped their gilded cage. In Ascendant Sun, he returns to Skolian space, only to find the Empire in control of the Allied forces of Earth after the devastating Radiance War. With the death of his brother during the war, Kelric finds himself the only surviving heir to the military command  of his people—a secret he must protect with his life. With little more than the clothes on his back, he takes work on a merchant vessel. But when the merchant enters Trader space, Kelric finds his worst nightmare realized: he becomes a slave to the Trader Aristos–who have no idea they have captured the heir to the throne.

Book 5 in the Saga of the Skolian Empire 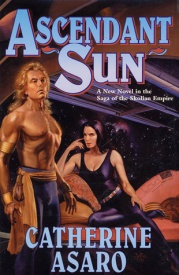