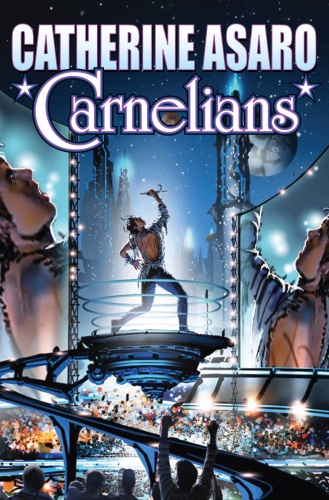 Book 14 in the Saga of the Skolian Empire

Two rulers navigate an uneasy peace: Kelric Skolia, the military commander of the Skolian Imperialate,  and Jaibriol Qox III, the emperor of the brutal Trader empire. Kelric and Jaibriol seek to meet in a summit and sign a treaty that will save billions of lives and end the grinding, centuries-long war, but their work founder the depths of the political intrigue that surrounds them both. Assassins lurk everywhere, and intrigue is afoot. The baroque old order has no intention of giving up its war-bought privilege and power without a fight to the death—and they don’t care if they take the rest of galactic civilization down with them.

About Carnelians:
“[T]he ending satisfied. . . a solid and worthwhile entry into the saga. . .it can be read as a standalone novel…” –SF Crowsnest

About Catherine Asaro’s Skolia saga:
“Asaro’s Skolian saga is now nearly as long and in many ways as compelling as Dune, if not more so, featuring a multitude of stronger female characters.”—Booklist

Book 14 in the Saga of the Skolian Empire 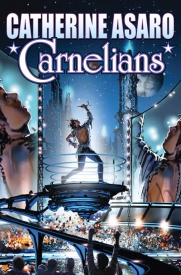