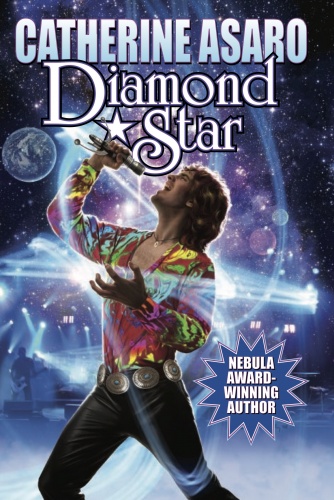 Book 13 in the Saga of the Skolian Empire

Space Adventure with a Holo-Rock Beat by Catherine Asaro. The Saga of the Skolian Empire Continues with this stand-alone novel.

Del Valdoria is an heir of the Ruby Dynasty, rulers of the interstellar empire called the Skolian Imperialate. But he had no interest in being associated with the draconian measures his family uses to maintain power. He just wants to sing holo-rock—not a respectable activity for a Ruby prince. To make matters worse, he is on Earth, far from home, and their government doesn’t want to let such a valuable bargaining chip leave.

Then Ricki Varento, the acquiring agent of a major entertainment corporation, hears him sing.

Del’s mix of unsophisticated innocence and sensual wickedness turns into commercial dynamite. Singing as Del Arden, he became a major hit, the hottest new act in holo-rock. It is a nightmare for the Earth government, inviting the attention of assassins, kidnappers, and who knows what else. If anything happens to Del, Earth’s Space Command might as well just walk up to the Skolians and say, “Let’s have a war.”

Enter the third interstellar civilization, the Eubian Traders, warlike enemies of the Skolians. Del’s millions of fans on Earth might not know that their idol is a Ruby prince, but if the Traders discover his identity, it would spell disaster for the Ruby Dynasty.

And certain songs, if sung by a Ruby prince, could become an act of war . . .

Book 13 in the Saga of the Skolian Empire 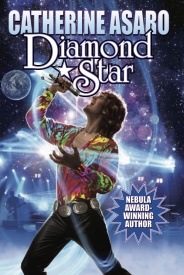