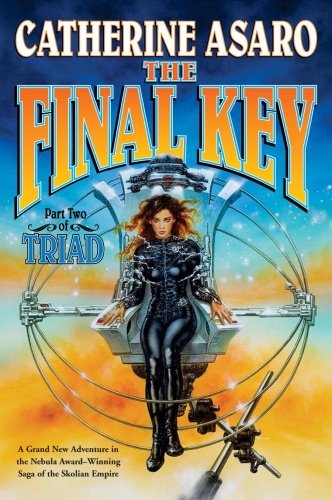 Book 11 in the Saga of the Skolian Empire

Catherine Asaro has won numerous awards for her Saga of the Skolian Empire novels, including the Nebula Award and two Romantic Times awards for Best SF Novel. This series represents space adventure at its finest.

The Final Key is the second half of the story arc begun in the novel Schism. Personal conflict within the Ruby Dynasty has torn apart the Imperialate. Now the empire comes under all-out assault from its nemesis, the Trader Aristos. In the midst of the chaos, Soz Valdoria, an heir of the dynasty, begins her training as a fighter pilot. Still just a cadet, Soz finds herself plunged into a war where her decisions could make the difference between survival or defeat for an empire.

Book 11 in the Saga of the Skolian Empire 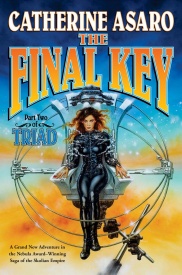