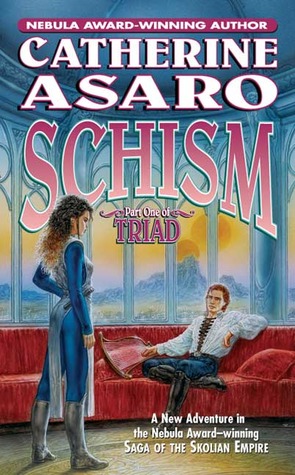 Book 10 in the Saga of the Skolian Empire

Schism takes places in Catherine Asaro’s award-winning saga of the Skolian Empire. Although it came out as the tenth novel, it offers an excellent entry point into the series—for Schism harkens to the early years of the empire, back to the beginning of the war between Skolia and the Traders.

Hostilities are increasing between Skolia and the Eubian Traders. Soz Valdoria, an heir to the dynasty, earns acceptance to train as an elite fighter pilot in the Skolian military. When her father forbids her to follow such a dangerous path, her brother takes her to the academy, driving a wedge into the Ruby Dynasty. As the traders increase their assault against the dynasty, Soz and her family must face some of the most demanding trials of their lives, both personal and political.

Book 10 in the Saga of the Skolian Empire 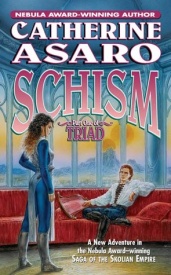